This guide is designed to help students enrolled in the honors section of the Italian Renaissance with RoseAnna Mueller, Ph.D. - Fall 2020 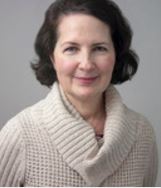 On this page you will find a list of recommended library databases and a list of free websites for conducting research on the Italian Renaissance.

Additional pages are designed to help you focus your research for the two big projects you will be assigned in the course:

There is also a page that provides an overview of the music of Monteverdi.